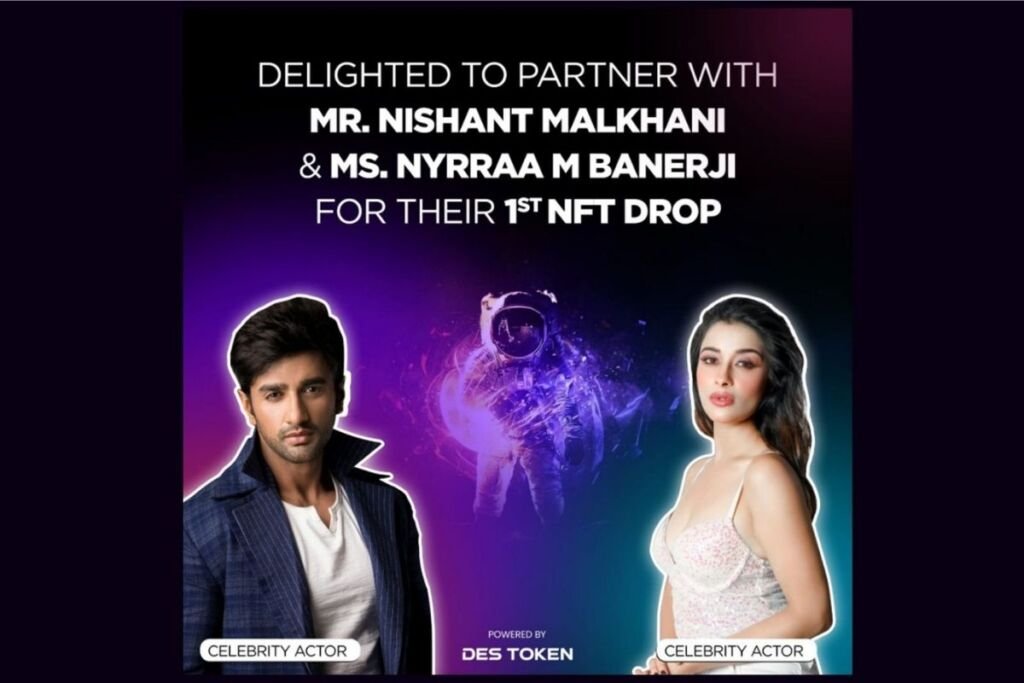 Being non-fungible, NFTs cannot be interchanged with anything else as it is unique and irreplaceable.

Nishant Malkhani is one of the most loved actors of television, and he is known for his role in Zee TV’s shows like “Ram Milaayi Jodi” and “Guddan Tumse Na Ho Payega”.

“Most of us had heard the word bitcoin, or the term blockchain, but there wasn’t much knowledge on the subject. As I began to learn more and get more involved, I quickly realized that my community could benefit from crypto and that I could inform a large segment of society that wasn’t involved in the blockchain space and introduce them to it”, Nishant said.

On the other hand, Nyrraa M Banerji rose to fame with her performance as Divya in the supernatural serial “Divya Drishti”.

Currently, she is seen in the serial “Excuse Me Madam”, where she essays the role of ‘Mithu’.

The actress has also been part of many south movies and today is a well-known name in the entertainment field.

Nyrraa said: “With tokenization, the process is transferred onto the blockchain in such a way that every time the art, music, movie, etc., is used or shared, the artist would automatically receive royalties. I think it’s a great way to bridge the gap between the consumer and artist.”

The duo star Nishant Malkhani and Nyrraa Banerji are quite active on Instagram having followers of 1.5 million and 1 million, respectively.

Co-Founder and CEO of DeSpace, Mr. Obasi Francis said,” An NFT is a digital asset that represents real-world objects like art, music, in-game items and videos. The simplest way to think about an NFT is to consider it a digital collectible.”

Chief Marketing Officer, DeSpace, Mr. Micky Irons said, “NFTs are one of a kind or at least one of a very limited run. Often these assets can make great investments, as they appreciate in value over time and their valuations tend to not correlate with other investment markets.”

DeSpace Protocol is an advanced DeFi and NFT navigation tool that empowers users with a range of DeFi and NFT products from around the crypto ecosystem, including products, all from a single interface.

DeSpace is supported by DeChain, which is a Layer-2 blockchain solution that connects disparate chains and allows easy transactions across several bridges. Every time a user transacts, they are rewarded with DES, a native token that also unlocks a massive amount of utility within the platform.