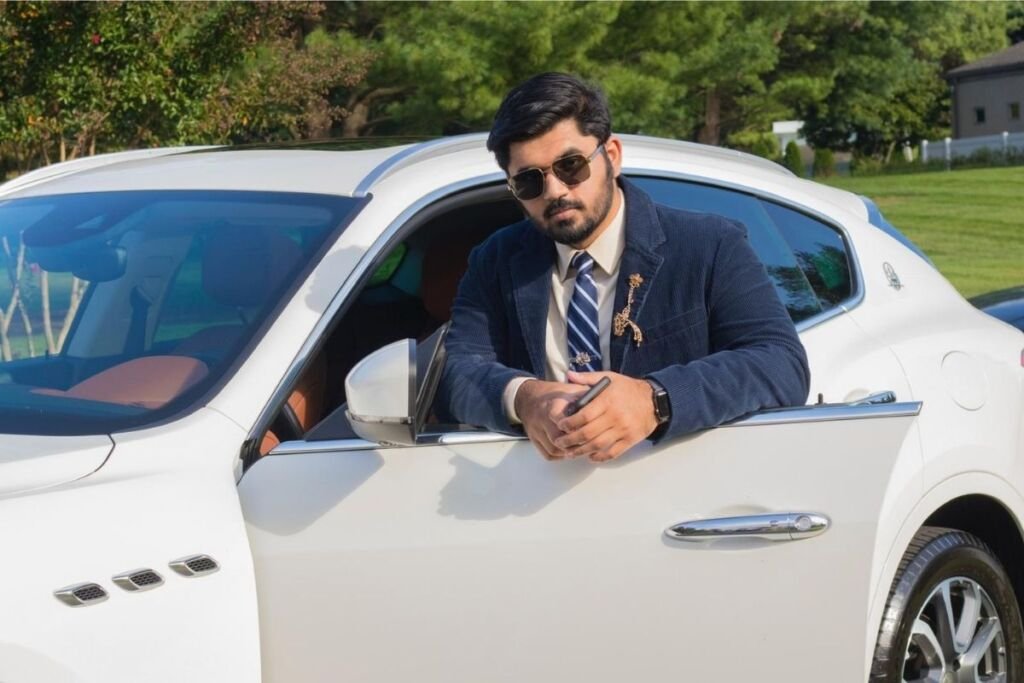 January 29: Meet Naveed Mian, a young and fastly rising entrepreneur who started his journey when he was just a kid. His “sudden” success was not a result of luck. He poured hours into studying numerous financial markets, established a healthy relationship with money, and got started without knowing where the path would lead. Naveed combined entrepreneurship with adventure and is now known for many of his pursuits ranging from private talent management to investing and being a founder of many companies. Today, Naveed is a published entrepreneur, a founder of Adapt corporation, BullAI and Cementeros United, a construction firm. He fixated on what was important to him, gathered experience he was proud of; and this was just the start.

Naveed moved to the U.S. at the age of 4, his parents being immigrants. His father’s education did not mean much in America, causing Naveeds father to work endlessly in many trades, one being as a mechanic and then owning a towing business, all of which in the pursuit to provide for his family. Naveed saw the work ethic his father carried and the rigors of real-life affecting his family, and this fueled him and his dreams. If his father could do it, he knew he could do it.

When people dream, they view them as just that; a dream. Unattainable, intangible, fiction. At the age of 9, Naveed developed a taste for knowledge and learned the most important tool any person would need, financial literacy. Naveed focused on leaders, businessmen, billionaires. He focused on the patterns, the types of people they were, what they did with the money. With the help of his father and himself, he collected enough capital to enter the stock market as his first venture into the world of finance. In the first month, Naveed lost close to $4,000, leaving him with approximately $6,000. Naveed did not quit; he took a break and reevaluated his strategies and approach to the market. After studying the stock market with a new perspective and more experience, he jumped back in. And a few days later, waking up to see his account had broken above $20,000 on a single financial trade.

During this time, Naveed started working with famous celebrities due to his peaking interest in talent management. He studied the growth of social media  and worked with many influencers with the following stretching from a few hundred thousands to tens of millions, but this period of his life was brief, as he had been preparing for college.

Currently, Naveed is a licensed real estate agent and founder of several companies. Naveed has founded a private holding company, Adapt Corporation; which engages in real-estate, cryptocurrency and NFT holdings, AI technology development, robotics and business acquisitions in all sectors from construction to technology innovation. He is also a co-founder of BullAi, A pre-seed AI & financial data tech company, and co-founder of Cementeros United, a construction firm in his home state. Naveed views each opportunity as an adventure, catering what he chooses to pursue to his long term vision. Naveed has never been a short term thinker and is always looking for positive development in this world and our everyday society. Needless to say, Naveed Mian is making his dreams into a reality as he pushes forward towards innovation and adaptation. As said once before, Naveed is here to “create an empire that can be felt and be seen by generations.” This may be the first you have heard of Naveed Mian, but it certainly will not be the last. The chronicles of Naveed Mian have just begun.