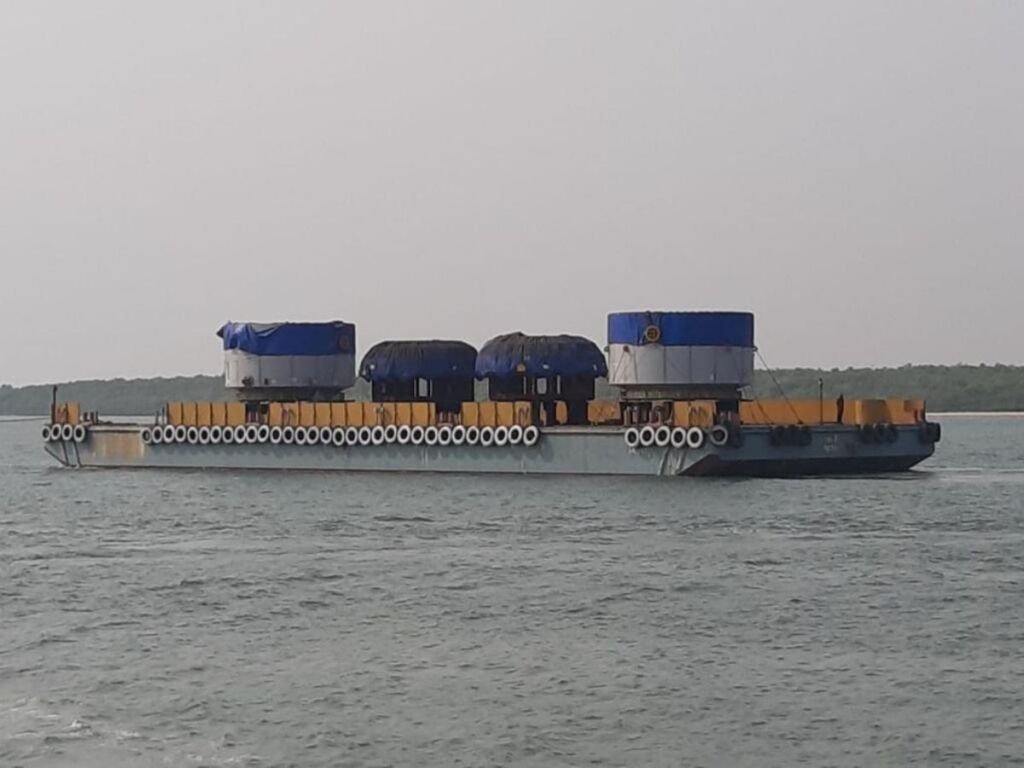 Bhubaneswar (Odisha) [India], March 19: Adding yet another feather to its cap of scripting scores of success stories, Odisha’s veteran stevedoring firm Orissa Stevedores Limited (OSL), under the able stewardship of its managing director (MD) Mahimananda Mishra, has achieved its mission of handling and transferring heavy lift cargo via riverine navigation from Paradip Port.

Accordingly, OSL has been successful in discharging heavy lifts of about 400 metric tonnes (MT) at Paradip Port as well as positioning the cargo at Luna Jetty by virtue of riverine navigation.

Pertinent to note that Luna Jetty is about 45 km away from Paradip Port. Also, need to be mentioned here that Tata Steel had imported four (04) heavy lifts from China through Paradip Port in association with freight forwarder Deugro/Golden Coast. Since the packages could not be traversed through the road from the port to destination (Kalinga Nagar in Odisha’s Jajpur district), the task of transferring the same was awarded to OSL as the premier stevedoring organization possesses the unique expertise in handling heavy lifts and transferring the cargo via riverine navigation.

Soon after unloading the heavy-lift cargo from the mother vessel MV Yangez Venus, the heavy lifts were loaded onto Pontoon Sanvi. With the help of tow, Sanvi was navigated to Luna jetty, and subsequently, the packages were discharged by roll-off method and transferred to their destination.

It is significant to mention here that OSL, a veteran of stevedoring in Odisha for over 46 years, is now venturing into riverine navigations to give one-stop solutions to all types of cargo, including the last-mile delivery, which had been a logistical challenge for many.