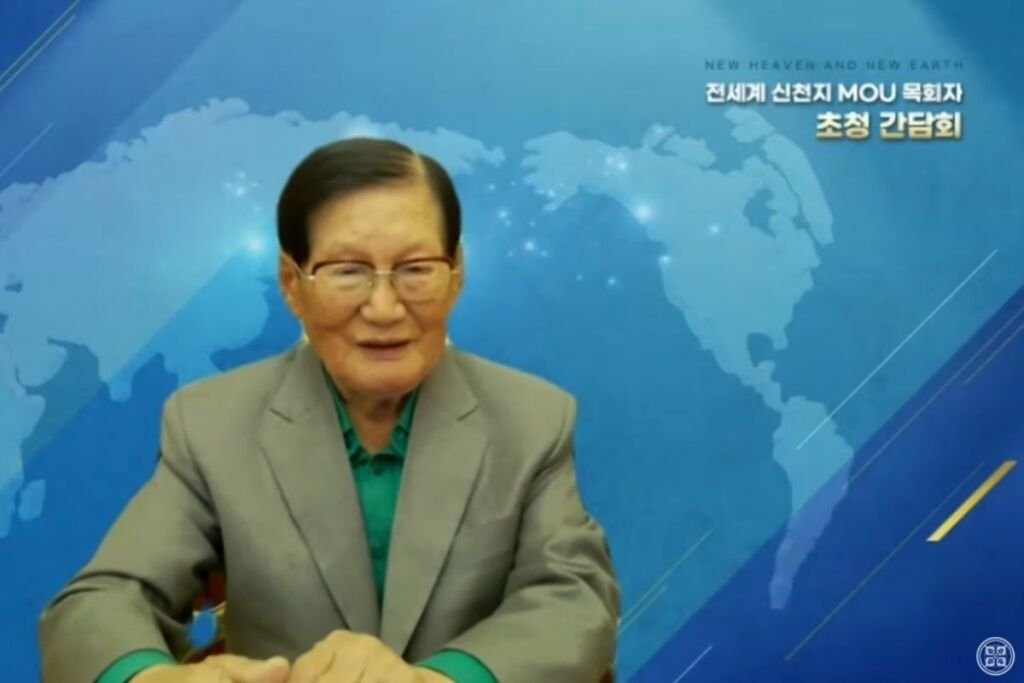 “We can learn the revealed word because God dwells in Shincheonji church,”says the pastors

Shincheonji Church of Jesus hosted this event to share the progress in the online seminars that began from last year, MOUs established thus far, along with some case examples. Kim Shin-chang, the Head of the Department of International Missions stated, “Many participants from Africa in the Bible Seminar from August last year reached out to establish MOUs with us which led to the first MOU in September with the Worship in the Presence of God Church in Uganda,” explaining how Shincheonji first started to establish MOUs with other churches.

Some case examples and testimonials from pastors who established MOUs with Shincheonji were shared during the press conference.

Dongsu Kim, the head pastor of Peace Church confessed, “In the past all I preached was that everyone must believe in Jesus and by sharing grace in this way would lead to salvation. Without fulfillment, I thought heaven was somewhere one went to after death. I thought there was resurrection after death,” expressing his incorrect beliefs about salvation.

Pastor Kim is presently teaching Shincheonji’s Revealed Word to his own congregation. He also stated, “The time has come for all the pastors to come and learn so that they may live a life of faith in the correct truth. I want to share Shincheonji’s Revealed Word to my fellow pastors. I want them to learn the Word and realize that their ideas of salvation is incorrect.”

Pastor WillifredEndohu, a pastor who has been leading his church for 11 years in Cote d’Ivoire, introduced himself stating, “I studied theology in a seminary and was trained to be a pastor through prayer meetings and began ministering a church in a very small room. Thankfully enough, 11 years later my congregation has grown to be about 500 members. I am also a lecturer at a seminary institute as well.”

Chairman Lee spoke about how he has come to share the Word and the role of pastors today.

“Revelation is about re-creation. If you look at Revelation 21, the first heaven and the first earth pass away and a new heaven and a new earth are created. It is about creating people and all creation again,” Chairman Lee stated, explaining that those who are born of God’s seed are harvested and sealed to create God’s new kingdom and new people at the time of Revelation.

He also added, “Writing the word of all the chapters of Revelation in people’s hearts is harvesting, sealing, and nurturing those who have been born of God’s seed and making them into the citizens of God’s kingdom. [This is why] Jesus showed me the events of all the chapters of Revelation and commanded me to testify to all the churches,” as he explained the role of the promised pastor today.

In his concluding remarks, Chairman Lee stated, “We must become freedom fighters of God’s kingdom that restore what God lost. Let’s fight and overcome the devil with the blood of Jesus and the word of testimony and create the people of God’s kingdom so that God may finally come and reign over the world after 6000 years. This is what God has made known to us through the Bible. I hope that everyone engraves the words of all the chapters of Revelation—which is the law of heaven—in their hearts. There is only one God, one Bible and one hope. We, as those who believe in God, are also one. We are one!”

Some case examples of what happens after establishing MOUs were also shared. A church named, The Early Church of the New Era in the United States of America, has invited an instructor from Shincheonji, where some 100 members of the church is learning the teachings of Shincheonji Church of Jesus. A Filipino pastor is teaching his congregation after completing the Bible courses from Shincheonji Church of Jesus. A seminary school in Pakistan has opened up courses in the institution after its dean established an MOU with Shincheonji.

This event is available for viewing on Shincheonji’s official Youtube Channel (www.youtube.com/c/scjchurchindia ).

Shincheonji Church of Jesus has been teaching Revelation and the secrets of the kingdom of heaven through online seminars since October of 2021. The 12 tribe leaders followed suit in Chairman Manhee Lee’s first lecture on Revelation and they are all available in 24 different languages on Youtube, with over 1.5 million views to date.

Shincheonji Church of Jesus has been broadcasting the Intermediate Level lessons on Youtube from the 31stof March which is to end on the 27thof June, every Monday and Thursday, twice a week on their official Youtube channel.

The post “We are one in God,”says Chairman Lee Man-hee of Shincheonji church appeared first on Republic News Today.